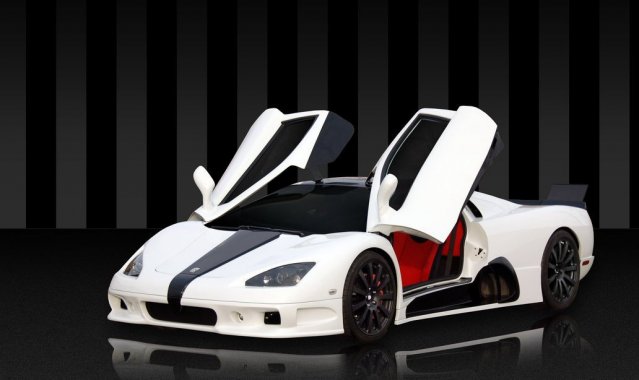 For the majority of car enthusiasts the speed and the power are the most important factors in buying a car. The more the indicators show, the more fascinating is the movement of the car. However, just to put a powerful engine and to create a fast car

Fast cars are an example of that automakers are constantly improving the system of their cars and occasionally lead development to create the perfect and fastest vehicle. Many technologies that are being developed to create a super high-speed car are later a production of different cars. Thus, the pursuit of speed is an integral part of the progress.

For the majority of car enthusiasts the speed and the power are the most important factors in buying a car. The more the indicators show, the more fascinating is the movement of the car. However, just to put a powerful engine and to create a fast car is not enough.

The fastest cars in the world are not only powerful engines, but also light weight, tuned aerodynamics, perfect security system and so on.

Also it is worth to note that the fastest cars in the world in 2014 are in the center of attention, not only because of their technical characteristics, but also of their appearance. Buyers of such cars are considered very wealthy people, they buy fast cars because of their premium- class, which tells about the owner's status and style.

Design of sports cars arouses more interest and many real buyers own these cars not only because of their characteristics, but also they love of how the cars look. The fastest cars in the world can be called also the most beautiful (of course, in this category there is no clear leader, because people have different views).

1. First place is a car with the name of SSC Ultimate Aero 6.3 V8. Title of the fastest car of the world received because of its first hundred on the speedometer in just 2.78 seconds. To achieve this result, a lot of work was carried out, but the main achievement of designers included the creation of the car with such indicators which can also be used in everyday life. 2. Bugatti Veyron 16.4 8.0 W16 rightfully occupies the second place in this list. Such automobiles were considered the fastest in the world for several years, but in 2014 Bugatti Veyron 16.4 8.0 W16 was overtaken. It's "hundreds" on the speedometer are only in 0.28 seconds, which in real life can not be noticed, but for placing into the list of the fastest cars is enough. Maximum speed is 407 kilometers per hour. The design of the car is the sense of style, elegance and individuality. 3. Koenigsegg CC 4.7. It is worth noting that, compared to the leaders, several indicators of the car dull. Maximum speed was recorded at around 395 km/h; acceleration to 100 km/h crossed the line in 3 seconds - auto reaches a value that will determine the driving dynamics. 5. Porsche has long been known that produces fast, high-quality cars. The Porsche Schuppan 3.0 is in 2014 ranked fifth in the list with a pretty good performance - 370 km / h maximum speed, accelerate rare cars today to the first hundred in 3.5 seconds. 7. The list closes Mc Laren F1 6.1 1996 - maximum speed 363 km / h, it can be called as one of the fastest vehicles traveling on land. However, despite the relatively modest figure this vehicle has memorable features recognized by many owners. Car manufacturers are constantly adding to the list the new winners and removed outsiders. With each new year the development of new cars are moving towards to the creation of better and faster cars. But the style, speed and power indicators remain the standard of excellence in creating cars that are incomparable with the level of technology to the upcoming year.

Reading the above information you understand with what cars indicators you or your friends are driving and how modern technologies have moved away from serial execution options. The main point is why automobiles are considered the fastest cars in the world and why they have such a high cost.